Because everyone loves the bad guys of the games… 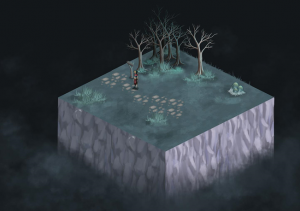 TreeNork is an exploration and puzzles 2D video game. It is characterized by having a naturalistic aesthetic with a false 3D view (isometry) and a story that will situate us in the role of the antagonist.As the player, you have to investigate the world around you to find some structures called nodes and assimilate them to progress in the game. In addition, this path for the destruction of the world will be hampered by puzzles and battles (some of them optional other ones compulsory).

The game was developed in Unity in companion of Alvaro López y Rebeca Vizarro those worked as artist and technical-artist respectively. I worked as the main programmer doing the most of the gameplay programming and the FMOD integration with the engine, also I worked in the GDD(with possible marketing and monetization) and the TDD. 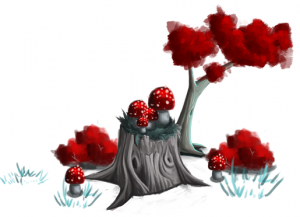 This was our ever first project with Unity, with all the complications that this fact carries, combined with the fact that it was the first time that we use SCRUM as the teamwork paradigm. These difficulties provoked that we had to change the scope of our project to make it fit in the two months that we had to develop our idea. However, I have to admit that I feel a great proud of this project, the final result and our learning considering our start level with the engine and the time that we had. To end I leave you the game trailer and some minutes of gameplay: